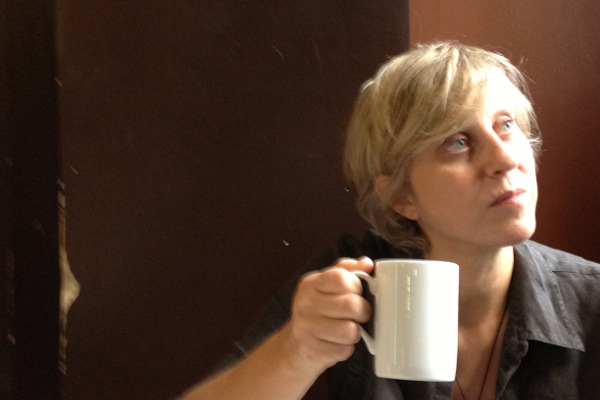 Paula Carbonell has a Master's in the Promotion of Children's Reading and Literature, a Degree in Humanities from the UCLM, and studied the first cycle of Romanesque Language at the University of Valencia. In addition she has taken numerous complementary training courses within the sphere of Children's and Young People's Literature, Narration and Puppetry.

Paula has always told stories since at four years old she would sit down with her Playmobil figures so they could listen. She also started cooking at an early age; the art of chopping up flowers was her speciality.

She tells stories because they were told to her and she was read to. Then came reading and then writing, but it was silent and not sufficient (writing as the memory of the spoken word). The need to share came to her.

She began to tell stories. And that is what she does. Life and Literature shared.

She shares, listens, tells, reads, writes, and in her free time she cooks for friends.

She has been doing this since 1997: she has led workshops, conferences, taken part in diverse national and international professional seminars, she has told stories in libraries, theatres, hospitals, cafés, bars, in the street...

She started telling stories in the weekly reading promotion workshops in Cuenca Library, at first shyly, like one who is guilty, but later, since 2005, shamelessly and with intent: in her stories like in her life the absurd as the only truth.