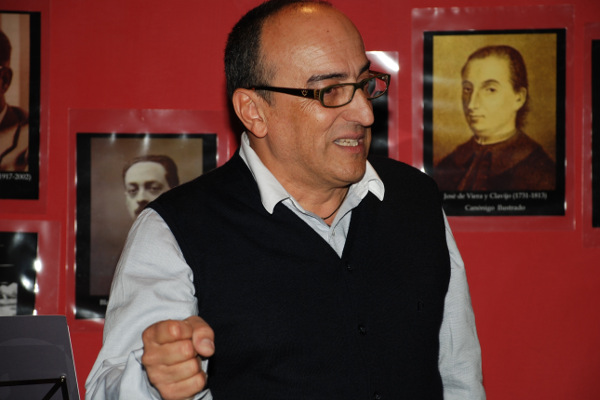 Ernesto J. Rodríguez Abad (Los Silos; Tenerife) has a Degree in Hispanic and French Philology. His working life oscillates between the classroom and the storytelling stage. He has also studied the theatre in France, Italy and Tunisia. He has worked in the theatre as a director and writer, with his versions and adaptations of classical Spanish theatre standing out both on the theatrical stage and within oral narration. He has attended numerous festivals as the director of his own texts or as an oral narrator, travelling to countries including Argentina, Hungary, France, Germany, Puerto Rico, Tunisia, Colombia or Brazil, among others, and has participated for over seven years in the Almagro Classical Theatre Festival.