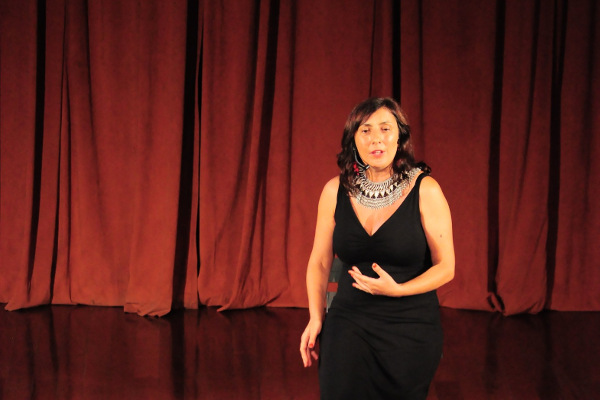 I was born in Leon and my grandmother was silent when it was the time to tell stories. So I soon learnt to listen to silence and to love those who have no voice. That is why, once I had moved to Madrid and became a bachelor of arts in Spanish language and literature, I started a Ph.D. over the influence of popular poetry in the learned poets of the beginnings of the 20th. Century. Meanwhile, I started working as a proofreader, tuning texts in different publishing houses, and latter on as editor in Siruela. My investigations over oral tradition took me, in 1992, to storytelling and I started to tell stories in theatres, in libraries, in schools, in old people’s homes, in hospitals, in prisons, in parks, with old people, with adults, with teenagers, with children, even with babies of 0 to 2 years in a bebeteca. I have also given courses on literature and on the art of storytelling, to teachers and to people interested in the trade, in Spain and in America. But one day the Centre for Peace Research engaged me to investigate Mediterranean folkloric sources. It was the time of the Kosovo war and they wanted to use the tales for international intervention. From that investigation a publication was born: Cuentos populares del Mediterráneo (Popular tales of the Mediterranean). The trade of storytelling had become writing: Romancero (Collection of ballads), Libro de Monstruos españoles (Book of Spanish monsters), priced by the Ministry of Culture in 2009 as the best published book of the year, 25 cuentos populares de miedo (25 popular scary tales), Libro de brujas españolas (The book of Spanish witches), Geografía mágica (Magical geography), priced by the Ministry of Culture in 2011 as the best published book of the year, La asombrosa y verdadera historia de un ratón llamado Pérez (The amazing and true story of a mouse called Pérez), translated to Catalan, Mexican and French, and Cuentos populares de la Madre Muerte (Popular tales of Mother Death), are the titles of my books. I also edit a collection at Siruela where the stories of those who have no voice are published: Biblioteca de Cuentos Populares (Popular tales book collection) is the name.  And above all, I do not shut up. Oh, if my grandmother would stand up!