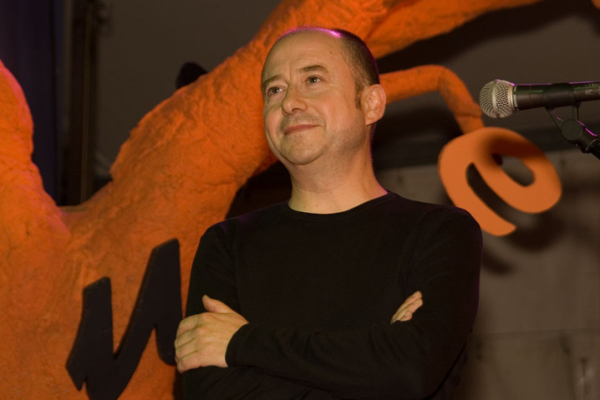 Narration runs in the family. My family comes from a long line of street vendors and conveyors of news and events, the last being my grandfather. That has made me live the stories in their traditional version from when I was very young. The package of stories they handed down to me is very large – great stories filled with humour. They are stories loaded with irony and traditional wisdom. My repertoire is currently made up of these traditional stories in the main part, but with my own and sometimes modern versions. However, I have also included my own tales and some from modern authors.

In 1984, along with three friends, I created the COLECTIVO FÁBULA, one of the pioneering groups in Spain in recovering the oral tradition and carrying out the promotion of reading and writing activities.

As a programmer I am responsible for “Cuentos de La Luna” (Tales of the Moon) in Logroño, with a continuous 19-year programme of activities and 32 storytelling sessions every year.