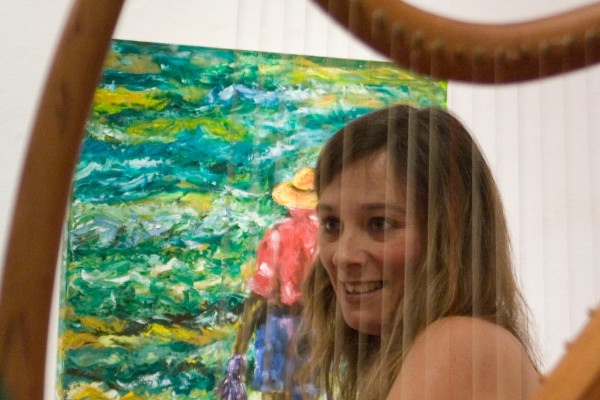 She was born at the age of six when she finished reading her first book. From that day on she has continued to adapt to the point where she became everyone’s contemporary.

It is difficult to say anything about her except that she is always somewhere in between: neither a girl or a grown up, fat or thin,  fair or dark,  an indian  or a cowboy, not from here or there, a gentle wild thing, between the dust of the journey and the sleepiness of an old armchair.

She has been telling stories and giving storytelling workshops for 18 years, both stories from the oral tradition and her own creations.  A lover of the word in all its forms, she has won several literary prizes and has published children’s books ’Viejecitas’( OQO);  ‘Magia’ ( OQO); ‘¡Gracias!’(La Fragatina); stories for adults ‘A la Sombra del Cuento,’ ( Palabras del Candil); poetry books ‘Desde Arcadia para Govinda’ as well as articles about oral narration and literary creation in specialist magazines.

She also performs in bilingual shows with the English storyteller Tim Bowley.