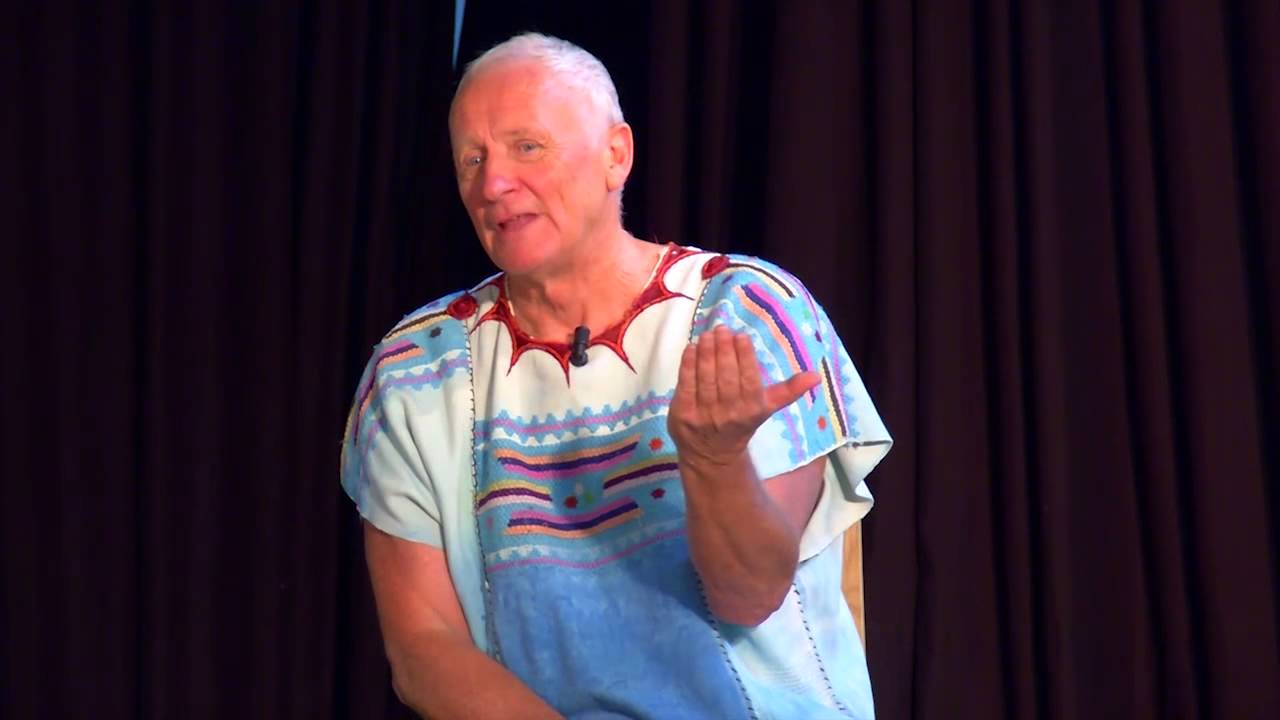 There are two big keys to telling effectively in this way. One is to keep phrases short, as in: "Once there was a king/ Habia una vez un rey..." Of course the actual length of phrase varies during the telling and sometimes, particularly in a descriptive passage, it can be longer but this becomes obvious with experience and follows the natural ebb and flow of the story. Rythm is vitally important in telling and, consciously or unconsciously, all good Storytellers use it. It is a natural part of engaging an audience and is perhaps one of the reasons that in ancient times many stories were told as poems. Playing with two voices extends these natural rythmic possibilities and, rather than detracting from the telling, can greatly enhance it.

The second big key is that each person tells the story in their own way so that it is true and alive for them. At the same time as saying this, it is of course also true that we are influencing and bouncing off each other. I am sure that one of the big secrets of our success is that only on very, very rare occasions do we work out how we are going to tell a story and we never rehearse. This may seem strange and people who come to the shows find it hard to believe, convinced that hours of hard work must have gone into them, but in this way nothing is fixed and freshness and spontaneity are kept. It requires each of us to be alert and open to the other, which also helps keep the telling alive. I must stress that this is not a cast iron rule and it may well be that is not appropriate for everyone but that is the way it is for us – and I have to admit here to a great personal preference for storytelling that is natural and spontaneous over that which is rehearsed and calculated. While the latter may appear slick and professional, all too often it means that the teller is more concerned with the effect he/she is having rather than really being 'present' in the telling and it is this 'presence' that communicates the story and moves an audience.

It is also worth remembering that a story told in this way will obviously be twice as long as if it was told in one language only, so there is a very good case for telling in a way that keeps the story moving, cutting out whatever is not necessary. Here again I have to admit to a personal preference for telling in this way, as I find it gives more space to the imagination of the listener and increases the scope for each person to make the story their own inside their inner world, a case of less is more.

I have never tried to tell this way in a non bilingual context but I can imagine that it could work simply interchanging as the story went along, finding the natural places to move from one voice to the other or that something interesting could come out of telling the story from the point of view of two opposing characters. The important thing would be that telling in this way did not leave the audience asking, "Why are they telling like this?" I strongly believe that one of our biggest tasks as Storytellers is to get out of the way as much as possible so that the listener is free to concentrate on the story without being distracted by whatever we may or may not be doing. This does not mean being neutral or inexpressive. It means that whatever we say, whatever we do or do not do, is authentic so that it aids the listener – and us - to enter ever deeper into the story. This authenticity comes out of having a genuine connection with the stories we tell and a willingness to come to them fresh each time we tell them. It comes out of being in the present moment with the story, being open to be as surprised and delighted by it as the audience who are hearing it for the first time.

Here then are what I see as some of the positives and some of the potential pitfalls of this kind of tandem telling. It is in no way a definitive guide, just my experience of telling in this way. The only way to find out if it works for you is to try it and see what happens!