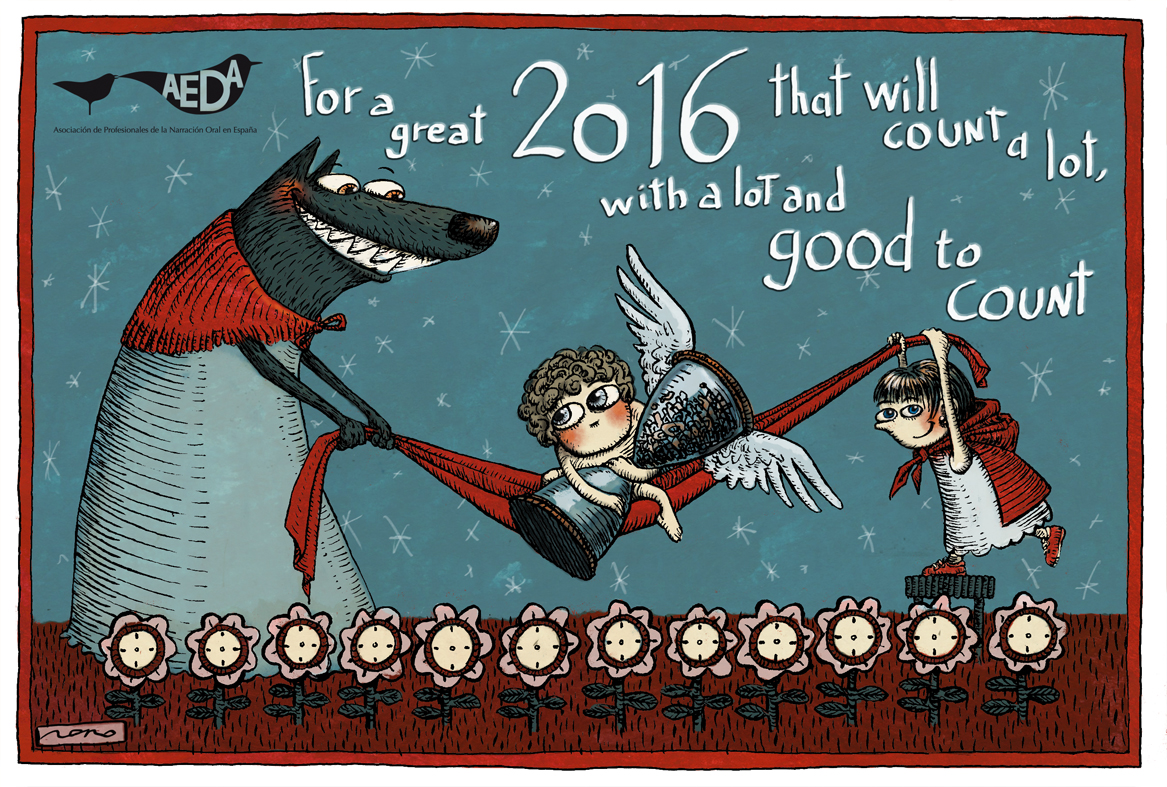 Not yet a storyteller?

Although listening to a professional storyteller in school is clearly a valuable experience for students, it is usually going to be an infrequent treat. Fortunately, however, storytelling is not only a matter of professional tellers. The most important storyteller is there every lesson: you – the regular English teacher who can make stories an integral part of the whole language learning process.

Some teachers welcome this opportunity. Others may feel intimidated by a lack of performance experience. Seeing a professional mesmerising a class of students can encourage the mistaken conviction that “I could never do that!” But storytelling takes many forms. Professionals coming for a one-off visit to a group of unknown students easily choose a dramatic style guaranteed to reach out and form them into a willing audience. The situation of the classroom teacher is different: you may enjoy the chance to perform as a professional does, but you certainly do not have to. A quieter manner of telling may be just as effective. But whatever style suits you, your students will not only listen, they will love to listen. And this gives you the chance to explore the potential of regular storytelling in the language classroom. That is how I began many years ago, just discovering myself as a teller and at the same time discovering how storytelling could be integrated as a major part of the learning process.

Chennai Storytelling Festival 2015 (4-15 Feb) was themed, "Storytelling for Teaching and Training". This essay presents some of the ideas generated in relation to this Festival.

"Ways Storytelling can be used for Teaching-and-Learning"

The culture of India features a strong awareness of the educational value of storytelling. The frame-story within which the animal fables of the Panchatantra are related communicates this awareness clearly:

Once there was a king who had three sons. These princes seemed dull. They were unable to learn by conventional educational methods. Their father, the king, was very anxious about their futures, and thus also about the future of the kingdom. Finally, an aged scholar named Vishnu Sharma was called upon. He promised to help the princes become intelligent and bright within six months. His method: he would tell stories to the princes, and draw them into discussions about the stories. Sure enough, after six months, his plan succeeded.

The Panchatantra is one of the most popular collections of animal fables in the world. These stories, along with the Jataka Tales (which illustrate principles of Buddhism), episodes from epics, and folktales in general --also known as Grandmother Stories-- help to make India one of the richest story and storytelling centres in the world.

This is a resource the rest of the world calls upon.

What do teachers of foreign languages try to do and what do they need?

Stories are the multi vitamin and multi mineral food for the language teacher!

Stories offer a rich food for all five of the language teacher’s needs!

The traditional way of using stories was (and is!) to ask the students to translate the story word by word and then to ask comprehension questions at the end.

For most students this is a disaster; it kills the story.  The student is not involved emotionally and is involved in pedantic intellectualism which for most students is unpleasant and ineffective in terms of motivating the student to like the language and to feel that it is an alternative to their mother tongue.

Once upon a time, in a far-away land I found myself teaching English to Chinese teenagers.  Every day they had to study English to comply with Australian visa requirements.  There was one, particular, special activity in their weekly routine which seemed to truly engage them; On a Friday afternoon the students would sit on the floor on big cushions, the lights were dimmed, the candles lit and the sound of a Tibetan singing bowl was the signal to embark on a trip to the magical world of stories. There we would cross the boundaries of languages difficulties and navigate into the universal language of story. It was in this fertile land that the students really started to connect with each other, with me and to the English language.  This is when I realized that stories are not to put you to sleep, stories are to wake you up!

Stories stimulate the senses and the emotions as you travel with the characters on their adventures.  They provide a clear context to work in and they stimulate curiousity and imagination. All this makes the learning experience much more memorable as it helps to retain the  language in the long term memory bank.

Once the second edition of AEDA´s summer school is over with uplifting and exciting results, we get ready to work on the next project: FEST´S ANNUAL MEETING.

AEDA´s and FEST´s history is tightly connected. For all of those of you that want to learn more about it you can do it here.

These meetings were also held in other sub-headquarters (the counterparts) of that very special edition of the Marathon (Beja in Portugal, Cologno Montese in Italy and La Maison du Conte in France). Experiences were shared, stories were told and multilingual telling was experimented. In this inspiring 3-day exchange there was talk about the possibility of a European Federation for storytelling, the soil was fertile and the seed of FEST was planted, although it would take some years before this seed would actually sprout.